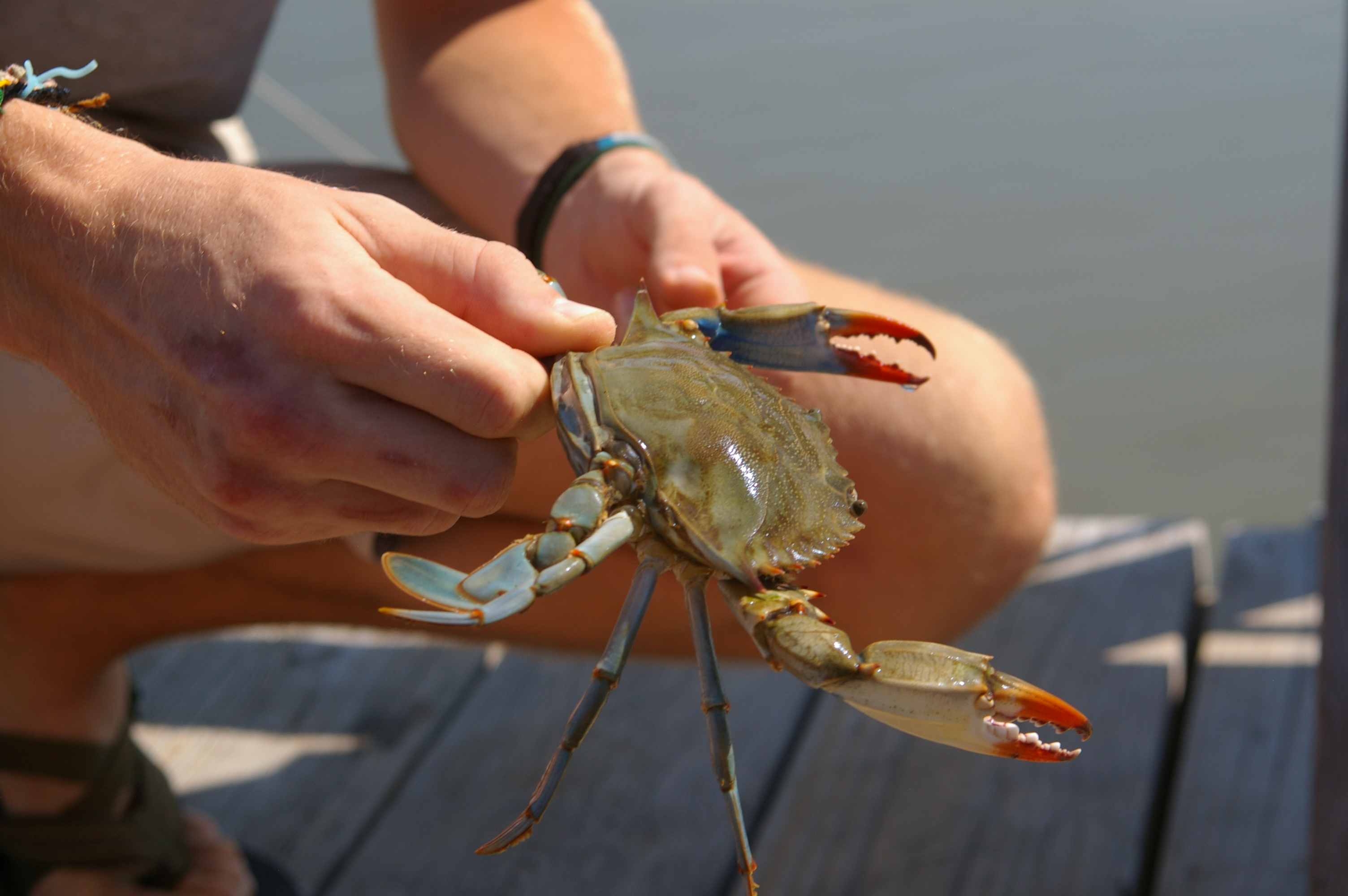 Half way through the week, we’ve realized that seven nights in such a wonderful place as Hunting Island is not enough. The trouble is that it’s difficult to get a spot for any longer. Especially around weekends the park starts to be really busy. And people come here from all over the World. Our direct neighbors were people from as near as Hilton Head, or as far as Wisconsin and Germany. The park has some interpretive programs, not as good or diverse as those in Smith Mountain Lake State Park, but interesting nonetheless. Most people come here mostly because of the beach. We have decided to take advantage of an opportunity to learn to catch crabs. Who knows when it will come in handy during this trip?

On Thursday morning, we’ve met with a few other students at the parks Nature Center. The ranger assigned the responsibility of teaching us was a twenty something kid. After collecting $5 from each of us, he handed us four circular nets suspended on long rolls of string. To encourage the crabs to crawl into the nets, he suggested we should use some meat – preferably boney, to let them chew on it for a bit, as crabbing is apparently just a waiting game. You attach the bait in the net, throw it down from a pier into murky water and wait ten to fifteen minutes before pulling it out again. The theory is that the meat in the net will attract at first some small crabs, then over time it will draw some larger ones. And those we are interested in, of course.

In reality, our kids don’t have the patience to wait that long. Alex was pulling his net out in just a few minutes after throwing it in. Nadia could wait any longer either. The funny thing is though, that both of them pulled out some crabs! They both were females (recognized by red pinchers and a battery-like compartment at the bottom where they store eggs), which means there isn’t much meat in they claws. We decided to keep them anyway.

We all had lots of fun pulling our nets out and chasing the crabs on the pier. You should know that trying to get the creature out of a net and into a bucket is much more exciting than waiting and starring at a piece of string dangling from a pier. Once it’s out of the net, it starts crawling towards the edge of the boardwalk and if successful jumps right back into the ocean. If you’re quick and brave enough, you will step on it and pick it up by its back side. If you’re slow and clumsy, or if you hesitate for even just a fraction of a second, the crab will pinch you. It is said that, the bigger the crab, the more ferocious it is. It is definitely true, and let me just add that they fight for they dear life like crazy.

We’ve spent the entire morning at the pier dancing around and jumping over crabs, letting the females back into the ocean and risking life trying not to let the males escape. After a few hours in the unforgiving sun and heat, we had just enough crabs to fill one of our bicycle baskets. Our kids wanted to continue, but I assessed that we’ve caught just enough for lunch and to justify the $20 we’ve spent on it.

When we got back to the campsite, the challenge was to get the beasts out of the basket and into a pot with boiling water at its bottom. I have to admit, this part was the most difficult for me. During the countless duels I had with those little dudes, I started to respect them for their intelligence and fearlessness. I think the same is true for Nadia and Alex. The three of us refused to eat their meat, and cooked sausages with sweet potatoes instead. Agnieszka had a great lunch!