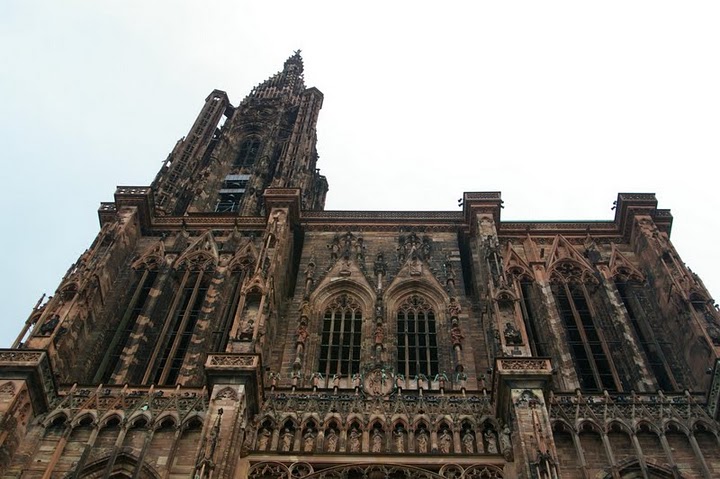 We’ve left my Aunt and headed to my Uncle. On the way, we decided to make a few stops. One of them was in Strasbourg, France, where we’ve spend a lovely afternoon (despite unstable weather).

The city was grounded by Celtic tribes in 12 B.C., then over the years governed by the French and the German. Since 1944 it’s part of France. It is here, where  Claude Joseph Rouget de Lisle wrote La Marseillaise (the French national anthem). It’s also believed that Johannes Gutenberg invented here his printing press (however, other sources point to his hometown of Mainz).