Around The World in Soccer Mom Mobile 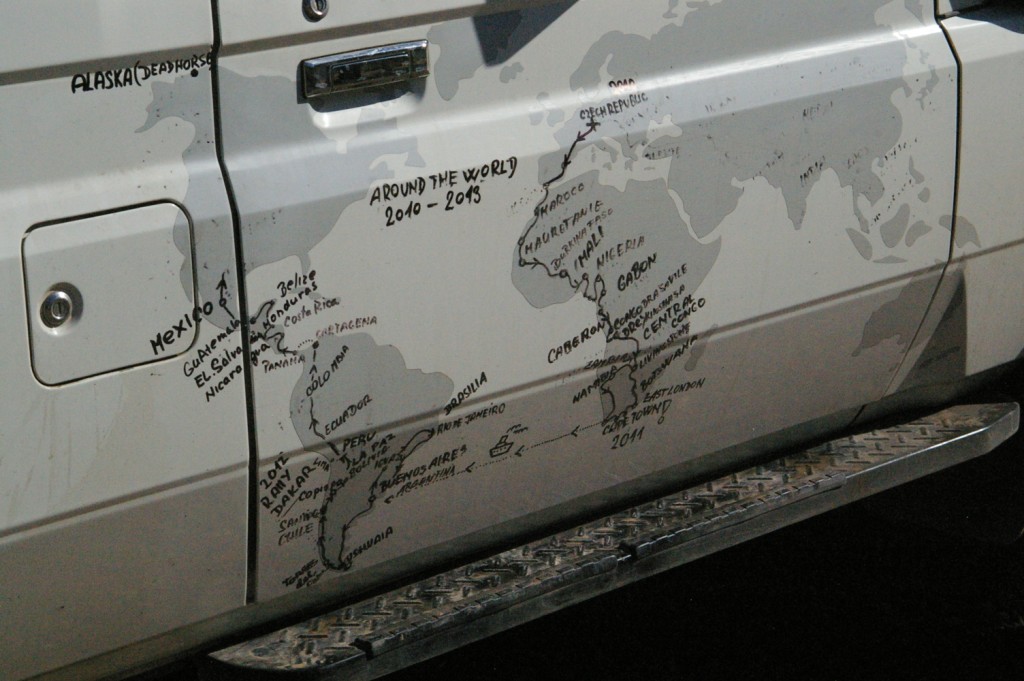 Following our emergency evacuation from San Blas, in the middle of Semana Santa, we headed north along the coast of Sea of Cortez. About four hours later, we arrived in Celestino, a small fishing village right off route 15D. Quite surprisingly, there were several campgrounds, right on the beach and we were lucky enough not to settle in the first one we’ve came across. Celestino RV park, owned and operated by Chris and Marissa is a US style gravel campground, offering all hookups, electric service, clean bathrooms with hot water showers at the lowest price we’ve seen so far. We decided to stay for three nights, especially as we only needed to pay for two…

Celestino RV Park doesn’t have much to offer in terms of tourist attractions. It’s just a gravel beach front lot with amazing sunsets and very decent star gazing opportunities. Doesn’t have a pool, not even an Internet connection, just the bare necessities for motorized campers. What it does provide is peace and quiet. Even in the midst of Semana Santa, all park guests are in their coaches right after sunset, all you can hear at night is just the sound of waves crushing on shore and you wake up in the morning to the singing concerto of exotic birds flying all over colorful bushes and palm trees bordering the campground.

When we arrived Chris, the owner welcomed us at the entrance. Hearing that we are from Poland, he mentioned that a couple from the Czech Republic pulled in the day before. We found them without problem and parked right next to their shiny, fully armored Toyota Land Cruiser, covered in maps of the World and hand written marks showing the route they’ve covered. Our neighbors started in Europe and after conquering the African off roads shipped the car to Southern America, where starting from Cape Horn were already more than half way to Alaska. From there, they plan to continue their trek through Russia back home. Their vehicle, rather plain in terms of modern day technology, looked quite impressive with weld-on aluminium containers, roof-top spare tires, stainless steel plates covering the hood and countless devices mounted all over the car. Our dusty, soccer-mom mobile wasn’t quite a match.

That made me think how ill equipped we really were for this journey. We did fairly well in the States where the National and State Parks provide all amenities to weekend camping warriors like us. Every camp site has a fire place, a picnic table, water and electric hookups, sometimes a grill and even wi-fi internet coverage. There are laundry facilities, clean bathrooms, hot showers and camp stores if you run out of supplies. In Mexico, most campgrounds offer just the basics: mostly run down, incomplete and not very clean toilets, showers with occasionally warm’ish water and… that’s about it. Those handy propane bottles fueling our camp lights and portable stove are not available in Mexico, so our cooking abilities are severely impaired. Even a morning cup of coffee becomes quite a challenge and turns into an hour long hunt for a nearby coffee shop (usually ends up on a gas station). Our portable cooler doubles as a picnic table, even though it really gets messy when we forget to pull something out of it ahead of time.

Despite being on the road for quite a while now and spending considerable amounts of time putting up and folding down the tent, we still didn’t quite figure out the routine. Somehow, on the travel days, we can’t seem to get our act together quickly enough to cover some distance in the daylight. Usually we can’t leave the campground before noon. True to our motto, we sleep longer, then struggle for a shot of caffeine, mess around with breakfast, clean after ourselves, dress up and eventually start packing. And even though we’ve done it hundreds of times already, some of us are still standing clueless faced with the complexity of few poles and a piece of fabric.

How did we make it so far…?

Tags: around the world, road trip