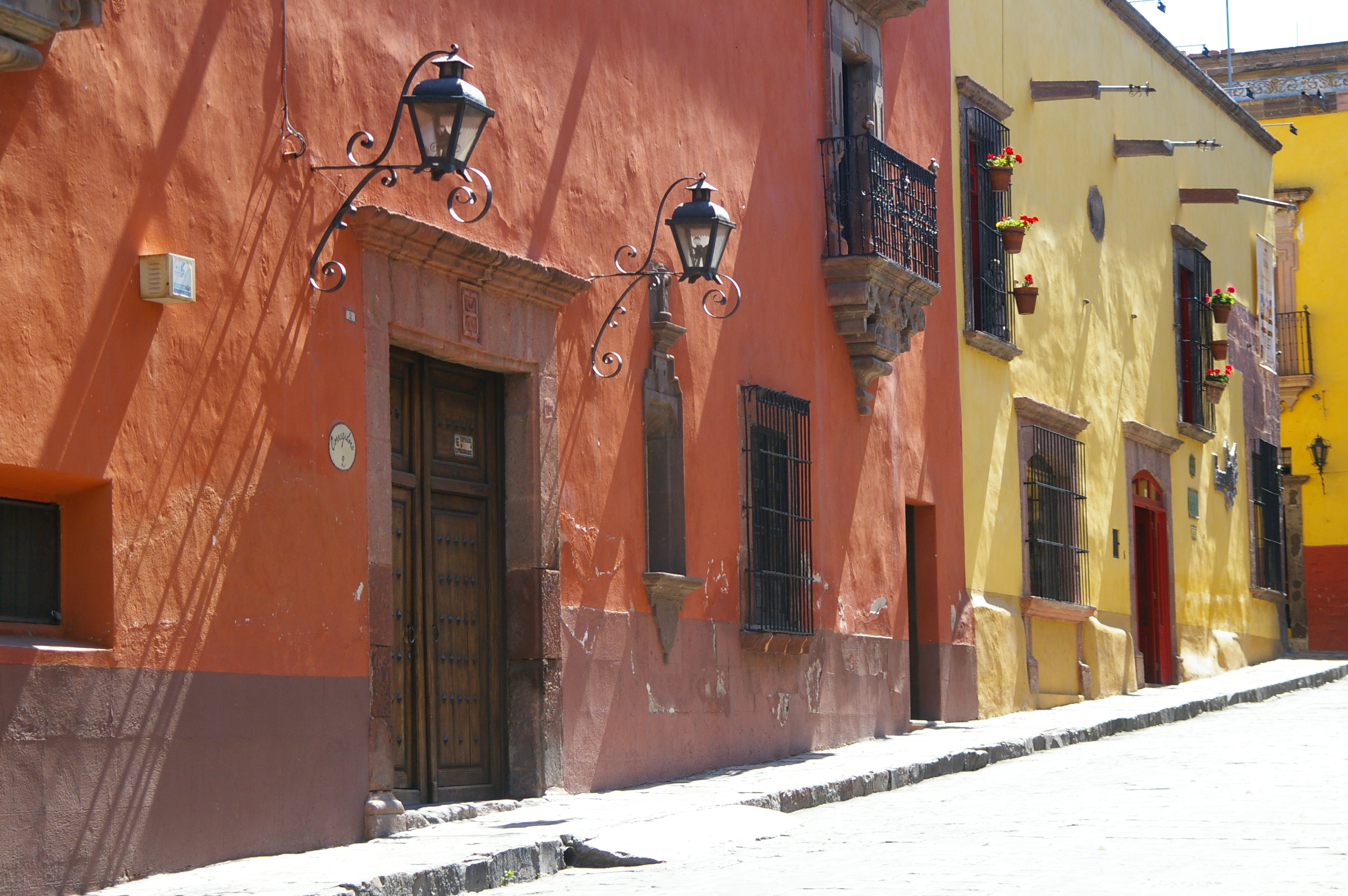 As my wife points out frequently, I’m not a very social person. A geek of sorts, who loves to tinker with software, but is just not talented enough to make a fortune. A  personification of the worst of both worlds – challenging personality and lack of abilities. With a bit of imagination, these may also be the best qualities of a perfect husband, who’s got a quiet, inexpensive hobby, spends much time with his family and doesn’t cause too much trouble. Well, at least most of the time…

Yesterday, despite my contention, I found myself dragged into a social meeting. Supposedly a party, but the lack of alcohol should have given me the clue, that something was off. Clumsily trying to mingle, I got into a discussion. As usual around here, stories of people being sucked in by the San Miguel de Allende magnet were exchanged and praise of the towns beauty and it’s rich cultural life was flowing. Being socially (and otherwise too) insensitive, I dared to say, that even though I found this town very interesting and for the most part pleasant to live in, I can’t imagine  myself and my Family spending the rest of our life here. The floodgates closed immediately. The consternation that followed was visible and audible. I had to offer an explication to end the minute of silence that followed my unfortunate assertion.

The views of San Miguel de Allende seem to be binary – people either love it, or hate it – without much room for other feelings in between those two extremes. In reality, there is much to love, but also much to dislike about the town. Maybe I’m just very cynical, but despite all it’s beauty and cultural appeal, San Miguel de Allende is also trash filled, dirty, smelly and noisy city. You may not notice that at first if you only stay in El Centro, but beyond the theme park, there is real life with all it’s eyesore ugliness – bare brick favellas, dog poo covered sidewalks, sewer filled river, etc… There are no fancy restaurants, no flavored lattes, no art galleries, not even these colorful beggars. On the other hand, there are no herds of blood thirsty bandits either, no drug cartels running meth labs and illegal casinos. Just regular folks, trying to make a living, like anyone else in the World. Some will find those neighborhoods inspiring, others won’t set foot anywhere close…

We live in one of them. We love the view from the rooftop, the fact that everything we need is so close by and we adore the guy who brings our cacahuates and garbanzos every evening. At the same time, we abominate the youngsters talking loud under our windows,  roof dogs barking, roosters crawing and cars honking all night long. But that’s all part of the same experience. The beauty comes with the monstrosity, the good with the bad, yin with the yang.

The discussion about Mexico in popular media is similarly polarized. Travel and real estate magazines want you to believe Mexico is the next best thing to paradise, sensation thirsty newspapers will only mention it in relation to another wave of war on drugs fueled violence. It’s true that most Mexican cities statistically speaking are safer than majority of US metropolises, and the probability of tourist beheading in either countries is equally remote. But at the same time, majority of travelers are more concerned with kidnappings, theft, police corruption and robbery, then accidentally loosing their head (in literal, not figurative sense). Unfortunately, these statistics are less easily available and often unreliable. Therefore, beyond a handful common sense travelers, there is very few factual relations from the country. Truth is, it’s not all rosy, but it’s also not as diabolic as they want you to believe. Statements like these may not be very popular, but I believe this is exactly what this country tourism industry needs – a bit of reality check. Intelligent people can draw their own conclusions when fed facts and not over colorized propaganda.

Coming back to the embarrassment I caused, without going much into details, I explained to my interlocutors, that even though some places seem real nice, spending a lifetime in just one of them doesn’t seem very attractive to us. At least not at this time of our life… That didn’t ease up the tension, but mercifully, someone said that the meeting will start in 15 minutes.

A meeting? I thought this was supposed to be a party? Suddenly I picked up on the lack of alcohol and all the alarms went up in my head.  Is it a fundraiser? Maybe a religious sect? Both? Turned out, it’s an organization promoting healthy diet and active lifestyle and the party was a founding meeting for a local chapter of the Weston A. Price Foundation. Obviously, my wonderful wife forgot to explain that to me beforehand. Or maybe she did it on purpose, knowing my aversion to any form of structured movements. Somehow, I also missed all the signs with the “party agenda” displayed all over the small house on the outskirts of El Centro.  The foundation provides nutritional education and encourage people to eat like their ancestors used to. Better yet, adopt a diet of the “primitive” (in a positive sense) cultures. I breathed a sigh of relief – it’s nothing new, pretty much compatible with our own system of values.

Even though we have no intention of joining the foundation, I’m sure we will be remembered by the local San Miguel de Allende chapter members long after our departure. My wife for her expertise in indigenous foods (she brought in samples of “smalec”) and her inept husband for socially awkward behavior and inappropriate views of the sacred city of San Miguel de Allende.

Wow Robert, right on! I lived in SMA for 5 years and come back often enough so I know what you are talking about and this is the first balanced piece I have ever,ever, seen on the subject. Loved it!