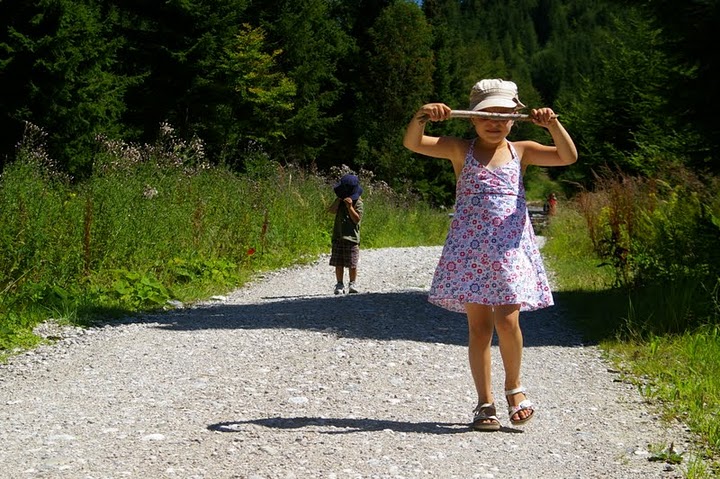 Grünberg, translated as Green Mountain is a peak at 1,004 meter (3,294 ft) above sea level in the Northern Limestone Alps. On Thursday, August 11th 2011, this peak has been conquered by the Bajans team. What’s most important, is that the trip to the top and back to the parking lot has been completed by each and every team member using their very own (little) feet. As such, from now on, we consider the Grünberg a symbol of positive thinking, which defeats any difficulties we encounter on our way.

Thanks to that trip we’ve also checked the Austrian health system. In the woods Nadia acquired a new fried – a tick, that attempted to make himself comfortable just above her ear. Fortunately our Captain, alert as always, spotted this little invader and announced a quick visit to Austrian ambulance. We’ve been through the formalities quickly and in the doctor’s face in just few minutes after arrival. However, in the very few moments between my Uncle’s house and the hospital, the tick managed to secretly disappear.  Imagine my embarrassment, when as the only one speaking German I had to explain that there actually WAS a reason for us to inspect the institution. The smirks at the nurses faces were not well covered. Still, the Captain was uneasy. It took a phone call to Nadia’s pediatrician in the US  to put away all her worries.