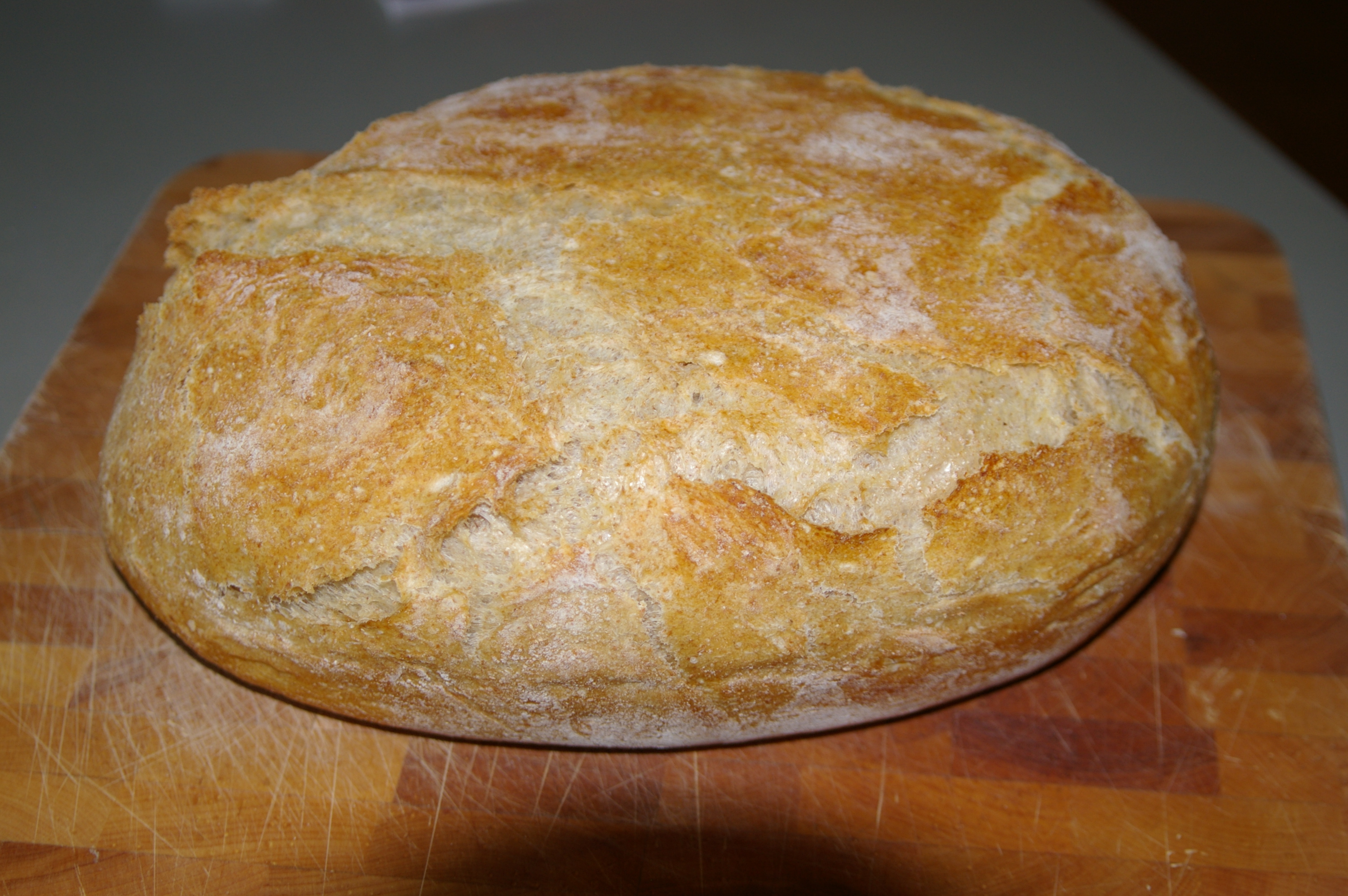 My family loves bread. We eat probably almost 2 loafs a week. One of those loafs is ezekiel brand, grain sprouted and flourless. It is just better for you then any other type of bread.

The other I used to get at the public market every Saturday from my favorite French bakery. I used the past tense because I got tired of hunting for it and even at $6 a loaf it was already gone by the time I got there.

I was always petrified of making bread. Let me refraze that- I am petrified of baking in general. It was never my thing. You have to watch the temperature, obide by the recipe, measure the exact amounts etc…..things that I usually don’t do in the kitchen.

Every time my mother visited she baked this awesome bread but it was soooooo much work that I never wanted to make it myself. Too much work involved.

This recipe is easy. If you count the active time it is probably less then 10 minutes. It is slow rising dough so it needs at least 12 hours to rise. I usually make it in the evening so that it can raise during the night and I bake it the following morning.

The ingredients for one loaf are:

It has to be sticky, so it really depends on the flour that you are using. I use a combo of unbleached white and wheat (3 cups of white/ 2 cups whole wheat).

Mix all the ingredients in a large bowl and cover with a kitchen towel. I leave it overnight on the kitchen counter next to my stove because it seems to be worm and less drafty.

The next day the dough has probably doubled in size. It is time to bake. Dump the dough out on a clean, floured counter. Kneed few times and cover with a towel again. In an hour or so start preheating the oven on 425 with the baking dish inside.

When it beeps dump the ball into the dish and bake for 40 min, the last 10 without the lid. When you take it out of the oven you will have to resist the temptation to eat it right away. It smells amazing. You need to let it cool before you cut into it.

I have made some variations like sprinkling with sunflower seeds or folding in some raisins….it comes out great every time. Play with it, make it your own.

When you make it few times the process becomes a habbit. And the best thing is that the cost is not even 90 c a loaf. Can’t beat that!

my god this looks delicious! it made my mouth water! It reminds me of my childhood. My grandma used to bake these! I really miss these days.