How to spend a year out travelling with kids 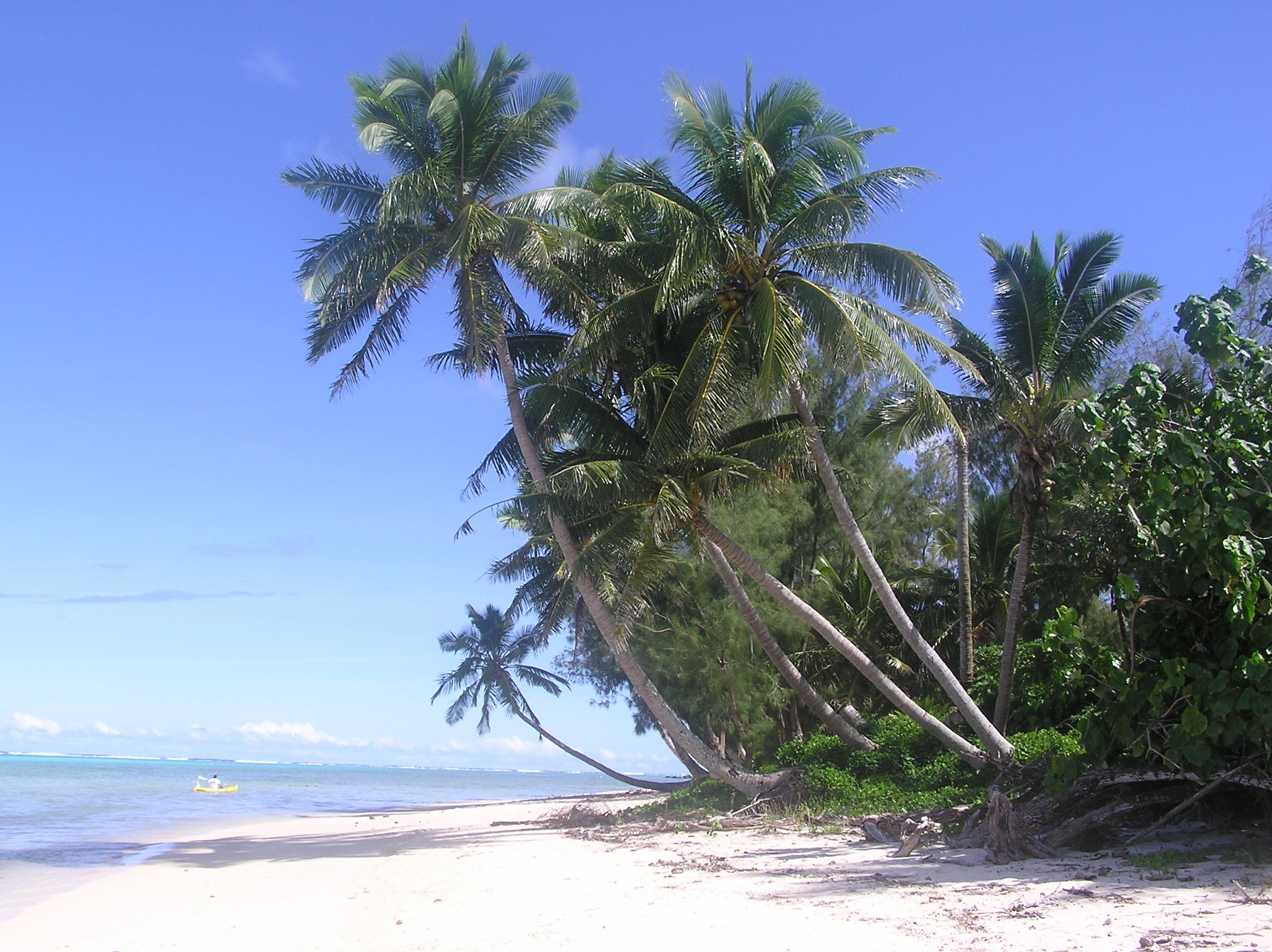 Since the very beginning of this Sabbatical, people reading our blog have been having questions. They wanted to know what was it exactly that we’re embarking upon. They were curious why we decided to do it. What was our approach and how were we planning to fund it. Among others, those were the most frequently asked questions. At the beginning of our trip, I promised to answer them all. Now, the time has finally arrived to keep the promise.

What is a Sabbatical?

Lets’s start with the basics. The term Sabbatical, might not be familiar to everyone. The word derives from Greek (sabbatikos) and Latin (sabbaticus) and means a break from work, a hiatus lasting between a few months to roughly a year. In the Bible, a sabbatical year, in Hebrew called the Shmita is the last of the seven year agricultural cycle mandated by Torah. That year, the fields are left alone to recuperate. Without going any further into religious or agricultural interpretations, let’s just say that recently a Sabbatical, also known as a Gap Year is most commonly considered to be an extended break in professional career. Unlike extended vacations or holidays, a Sabbatical is usually undertaken with a specific goal in mind.

The goal of Sabbatical

In our case, the goal has not been clearly defined. At least not at the beginning. All we knew, was that our life was missing something and that we needed time to evaluate what it was.

As millions of other people, we were living our happy and peaceful life following guidelines prescribed by society – a house in the suburbs, couple of kids, successful careers and retirement accounts. So far, everything has been going as planned, everything on target. And yet, the American Dream wasn’t complete.

For the longest time we couldn’t figure it out. Actually, we were doing everything possible not to admit that there was a problem. We were clearly in denial. In the perfect picture of our life, we weren’t able to admit, that something was missing…

Since we couldn’t quite name it, we kept getting more and more stuff. We’ve worked hard to earn enough money to built a house. Then we worked to stuff  it with lots of items – some of them essential, most useful, some nice, others simply worthless junk. We kept bringing more and more into our life, and yet… Something was still missing.

So we worked harder to earn more money and brought more stuff, over and over again. In this pursuit, we kept rewarding ourselves for our hard work with various tokens – big toys and small gadgets, home improvement projects, vacations, entertainment, etc… And the more we rewarded ourselves, the more it was apparent that something was missing…

Finally, we decided that we needed to change our approach completely. Instead of bringing more clutter into our life, we decided to adapt the minimalist approach and concentrate on pursuing our passions.

The goal of our Sabbatical is to discover or develop them.

While the pursuit of passion is the goal to this Sabbatical, the minimalist approach is it’s enabler. It also happens to be a way of life, which reflects our core values. In a nutshell, rather then fulfilling desires, we decided to re-evaluate our needs.

We started with the low hanging fruits…

…and we ended up asking ourselves some pretty difficult questions. What started as an analysis of our monthly house budget utilization, ended up shaping our world view manifesto. This is obviously a much broader subject. For this article, suffice it to say that re-evaluation of our expenses resulted over time in significant savings, which became the corner stone of the Sabbatical Travel Fund.

We have quickly realized that our little “pursuit of happiness”, the search for life’s passion will have very little chances of success if we don’t change the environment we live in. Not to mention that if we were to quit our jobs, living in upstate New York would be way too expensive. At that point, the idea of  an extended travel career break was born…

In the past, before we had children, we have been travelling a bit around Europe and North America. Despite popular belief, we found  travel to be fairly inexpensive and always inexhaustible source of inspiration. Therefore we were both immediately sold to the idea of a long journey. The only questions were: where are we going to go and how are we going to finance it?

We decided to look at our finances first, as we knew those will determine our options. Since we didn’t plan to generate income (read:  work) on the road, the financing had to come from our savings. Even though we have been fairly considerate about our spending in the past, we haven’t put aside as much as we figured would be necessary to support ourselves during a Round the World trip. On top of it, we weren’t necessarily interested in visiting great number of tourist attractions, while schlepping our kids through countless airports and sharing cheap hostels rooms in shady parts of big cities. Therefore we’ve scratched that idea off the list very early.

If we were to search for our life’s passions, we wanted to have the flexibility of choosing places we wanted to visit, being able to extend (or shorten) our stays in various places, or change direction of travel on a dime if we needed to. We didn’t want to stay in cities, preferring natural attractions over man-made marvels. Not to mention, that staying at campgrounds, is not only more romantic, but also less expensive and more adventures (especially in less developed countries) than hotels. Weather permitting, of course…

Having said all that and with the ever rising prices of gas, we decided this might be the last opportunity for a real road trip.

Once we decided we will travel using our minivan, and as much as possible stay at campgrounds we needed to assess how much would it cost us. We figured that on average it will be USD $20 per night to setup a tent in a State Park. That’s $600 a month – in Mexico and Central America, we hoped that would be enough to rent nice apartments. Considering that we wanted to cover about 30,000 miles during that trip and factoring in our van’s fuel consumption and estimated gas prices along the way, we figured that USD $500 a month would be sufficient amount for gas money. We realized that availability and prices of quality (mostly organic, local, unprocessed) foods  in different places will vary, but we’ve estimated it will cost us between USD $1,000 and USD $1,500 per month. On top of that between USD $400 and $900 for incidentals, tourist attractions, etc… Bottom line, we’ve estimated it will cost us in average about USD $3,000 per month to support ourselves on the road. Adding car and travel insurance, reserve for unexpected repairs and other surprises, we’ve figured we needed about USD $40,000 for a year long Sabbatical.

As a result of the Minimalist Approach, we have adapted a rather frugal lifestyle already sometime before we decided to set off on this Sabbatical road trip. Thanks to that, over the last few years, we were able to set aside almost half of the required amount. The rest came from the annual tax return, but also from the sale of our vehicles, furniture and other household items.

I’d like to add at this point that with the exception of mortgage, we have always been debt free, which – in times of recent economical turmoil – is especially important, and was a significant variable in weighing our options. Also, with a favorable rate and high equity to debt ratio (and with a bit of luck), we were able to rent our house out at a rate that just covers the mortgage, taxes and property management fees. Barely, but it does…

In last weeks before hitting the road, we went through countless garage sales and trips to Goodwill, but were able to empty the house to almost bare walls. I have to admit, that getting rid of all our possessions was almost a spiritual experience –  at times difficult, but mostly very invigorating. Removing the clutter, the material anchors, allowed us to detach our life from the limitations imposed by objects we possessed. While giving the stuff away, we realized that the items we accumulated over years not only didn’t make us happier, but actually skew the way we viewed our life choices. Because of all this junk, we understood our life options as only being limited to a given geographical area. Suddenly, after being freed up from all this worthless luggage, the World stood wide open in front of us.

At times I wish I was able to continue working for Alstom during our travels. It’s not unheard of and quite often even expected by the Company, that their employees work from remote locations. I’m sure I could find few hours everyday to support the firm, in exchange of a steady paycheck and benefits, which would allow to extend the Sabbatical trip beyond it’s planned duration.

On the other hand though I always knew that an arrangement like that would not work in a long term.

With today’s technology, telecommuting from even the most remote places in the World is no longer an issue. And yet only a few organizations are mature enough to allow their employees to travel and pursue their passions while working for the Company. For such an arrangement to work, the organization has not only to implement trustful and truly results oriented work ethics in their work environment, but also have a very strong and mature management in place.

Unfortunately Alstom is no different than most traditional companies. I would even risk a statement, that driven probably by the dated (compared to other industries) technology at the core of it’s business, the Company is even more stiff then other businesses in the Industry. There is no shortage of talented people within the organization and yet work ethics and management are heavily impaired. Finally, for our journey to be truly considered as Sabbatical, I don’t think I was ready to even investigate possibilities of such work arrangement. Instead, I requested an unpaid leave of absence, which in fact is no different from flat out quitting. What I got in exchange though, is an offer letter from the Company, stating that upon my return, Alstom will make all efforts to make employment options available to me. I truly think this is the best possible arrangement.

Obviously it’s a long process and only slowly we’re getting used to this thought. Finally, we start to consciously shape our life. No longer enslaved by the material world, we start to notice our inner drive. The lyrics of Jannis Joplin’s old song start to finally make more sense:  Freedom’s just another word for nothing else to lose…

I’m sure I didn’t cover everything I wanted to share, most probably I didn’t even answer some of the questions. If you’d like to know more feel free to comment under this post. At times I’m having difficulties with prompt, individual responses, but as you can see here, I’m very transparent and I’ll make all efforts to respond quickly. If you’re interested in the minimalist approach or mental liberation I mentioned in this post, I’ll try to develop those terms into more detailed articles in the near future.

can’t wait to read it all ..now goin back to the kitchen to prepare the remains of Xmas eve 🙂

Thank you all so very much for bringing us along with you!! Have a very Happy and Healthy New Year!!!

Travel in different beautiful place’s is my favorite, And now It’s time to share it with my friend’s.