We Hit the Road! 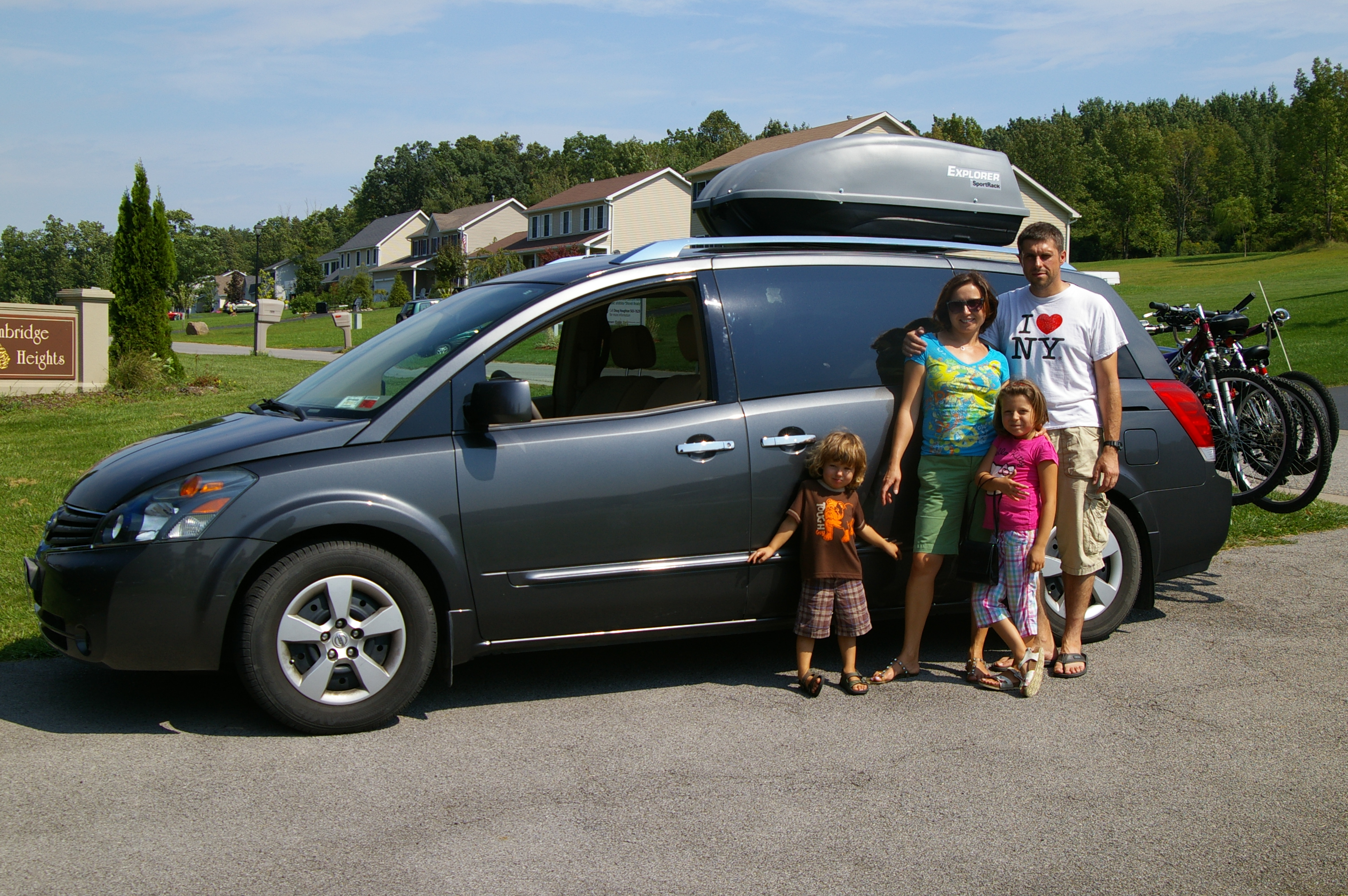 I’m sitting in an empty hotel room writing this short update. The rest of the crew is at breakfast, I’m enjoying just the morning coffee. We are in Altoona, Pennsylvania. No, there is no particular reason to be here, other than the weather. We got caught in a center of a really large and slow moving storm. That gives me a chance for a quick update on our whereabouts.

After we returned from the small trip around Europe, we stayed the rest of the time in Silesia. The only trip we’ve made was to Lubliniec, a small town north from Chorzów, to visit our friends spending the summer there. We returned to Livonia on August 29th. The flights were all on time and everything was rather smooth, except for Nadia’s stomach problems. The poor thing got bitten by a tick in Austria and a week later developed some strange rush around that spot. We visited a doctor in Poland, who prescribed her antibiotics. Shortly after she began taking them, she started complaining about stomach aches. At the same time she was vomiting quite frequently, which is really no fun, especially when you’re in a plane and you need to use a paper bag during landing. When we eventually got to Toronto, Wiesiek was already waiting to give us a lift to Livonia. Once we arrived, Małgosia and Sławek took a very good care about us for another three days. Thanks all of you guys a million! Without you, we wouldn’t be able to make it this far.

On September 1st 2011, after two days of packing and repacking and reshuffling our belongings between the car and the storage unit we were ready for take off. The first stop was Buckaloons Campground near Warren, Pennsylvania. We stayed there for five days and got bitten by mosquitoes and other insects living in that woods. We were all itching and smelling like DEET, but certainly enjoyed the time together with our friends.

Yesterday we turned south and headed towards Seven Points campground on Raystown Lake. Unfortunately, the weather got really bad here. The slow moving front seems to be looming above Altoona and State College. Instead of waiting for the weather to clear off, we’ve decided to move on. After spending a night in a dry hotel room and sleeping in a comfy bed, we’re about to leave Pennsylvania and enter West Virginia. I’m yet to find an exact destination, but thanks to a free internet access in the room, that should not be a problem. We still have an hour until checkout.