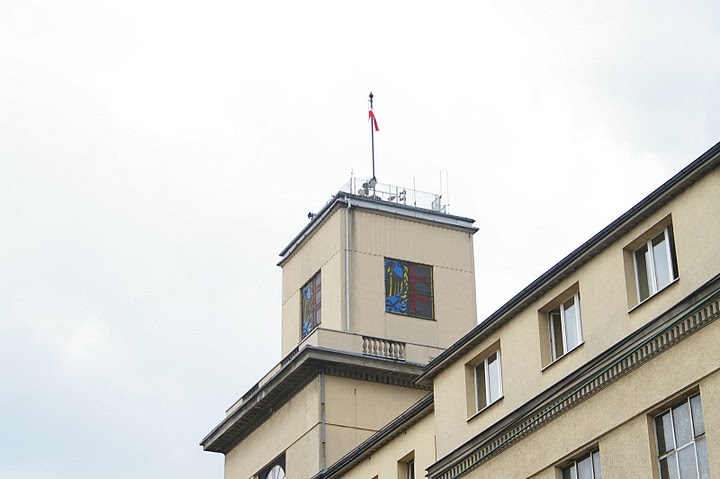 Even though Chorzów’s history dates back to 13th century (or even 12th according to some sources), the city became an important landmark of Upper Silesia only towards the end of the 18th century. For centuries, until the end of the Second World War the city was known as  Königshütte or Królewska Huta. There is about 113 thousands people living in Chorzów today – same as before the Second World War, but the number is slowly declining. Back in 1977, there’s been almost 157 thousands people.

The bureaucracy in this country is still enormous and it took us almost half a day and tons of money to achieve… almost nothing. Apparently the road to Polish passports for our kids is more bumpy than the cobblestone streets in some parts of this city. We also wanted to renew Agnieszka’s Polish passport which expires next year, but run out of money and patience. We’ll do it next year in Mexico City or New York. Fortunately today we took the camera with us, while trying to finalize the official matters in the Registry Office. Unfortunately, I didn’t check the camera settings before shooting and it looks like most pictures are over exposed. I decided to post them here anyway and made a mental note to myself to always double check the settings before pressing the trigger. Or take my wife’s point and shoot camera, which despite being pink is probably more suited to my photography skills. But hey! It’s one of my goals for this trip to learn digital SLR photography, so you’ll have to suffer and watch my progress (if any).

Always knew you were a “BRIGHT” kind of guy 🙂

Always knew you were a “BRIGHT” kind of guy 🙂

@ghislain.champire I prefer “switched on”…;-)

@ghislain.champire I prefer “switched on”…;-)

It is nice to read about my city, I haven`t been there for over two years ,but I could see from your pictures how it`s changed.

It is nice to read about my city, I haven`t been there for over two years ,but I could see from your pictures how it`s changed.